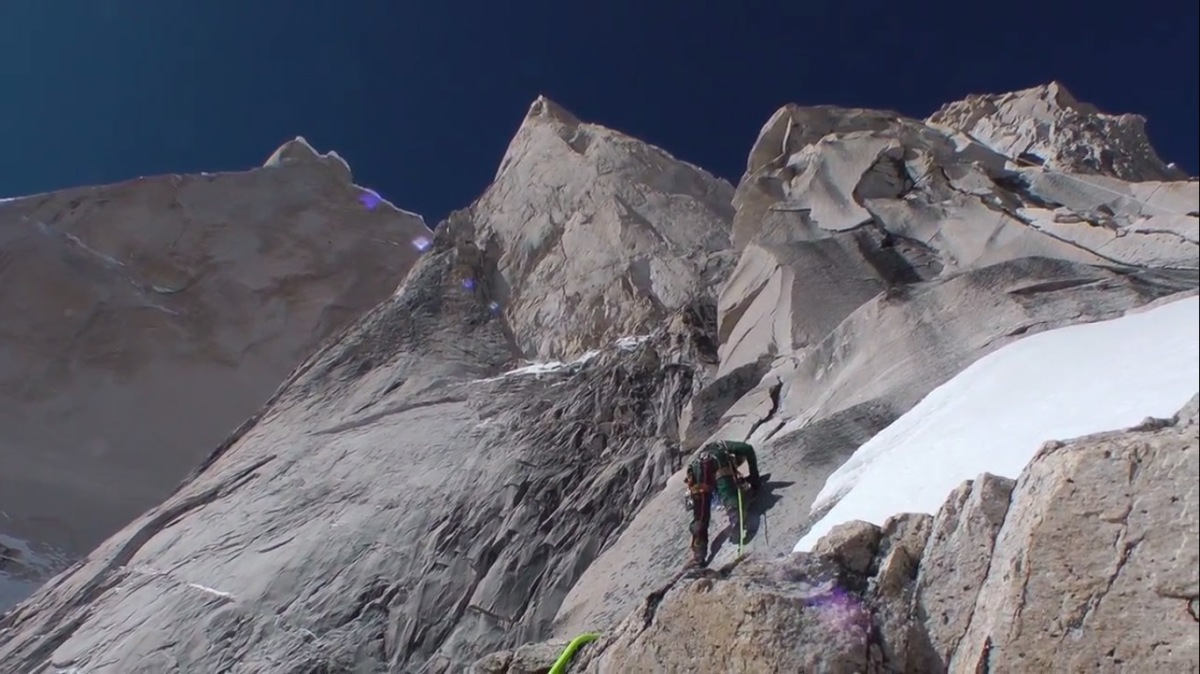 With lupus, I have come to terms that for the rest of my life, I will have to be grateful for the slightest possibility of being able to exercise mildly, and work with minimum stress. I reminded myself every time not to exert myself by carrying stuffs that are too heavy, not to expose myself in the sun, and not to stress myself too much over work.

I accepted the fact that I might be climbing 5a for the rest of my life. I told myself not to ever think of big walls, and longer climbs. I could not have more gratitude knowing that at least the creator gave me the chance to climb.

I have accepted the fact that I have to tone down a notch for everything, and that I will not be able to push myself to achieve more as this might tick my lupus friend off. I learnt to forgive myself and accepted that to be a way of life.

Until, of course, I watched this movie named Meru.

Meru is the epitome true story of three men who faced death, overcame their hardship with insane grit and trust in their fellow mates to chase a dream that not many could understand.

The three men are professional big wall climbers who have encountered major setbacks in their lives. Conrad had to live with survivor’s guilt after seeing his old friend died in front of his very eyes while attempting Shishapangma, the 8000m peak in Tibet. Renan has encountered a traumatic avalanche in one of the skiing trips he went, where his skull was cracked, his neck almost snapped, and he had a major blockage in his artery. Jimmy also survived a class three avalanche in one of his photo shooting sessions in a mountain. Being the leader of the pack, Conrad has attempted the ascend of Meru three times, his second and third time with Jimmy and Renan. The Meru shark fin is a 6310m sharp tip in the Himalayas that despite it not being the highest in the world in terms of height, is one of the most technical routes that no men has successfully ascended prior. On Conrad’s second attempt, the three of them are 100m away from the peak, but had to withdraw because their food supplies were running out, and the weather is getting gruesome. Time and weather are the sole enemies of mountaineering, if you do not observe them well.

When Renan was hospitalised because of the avalanche, Conrad and Jimmy went to visit him in the hospital. After looking at his conditions, as would as any other sane person, start wondering whether it is possible for this man to ever climb again. The three of them were supposed to go for their final attempt of Meru in five months’ time. Someone has to point out the obvious to him. But who?

And this is the most remarkable part of the movie that moved me so much:

Every single line that Jimmy Chin said when he was interviewed about the aftermath of his and Renan’s life threatening avalanche shook my soul. 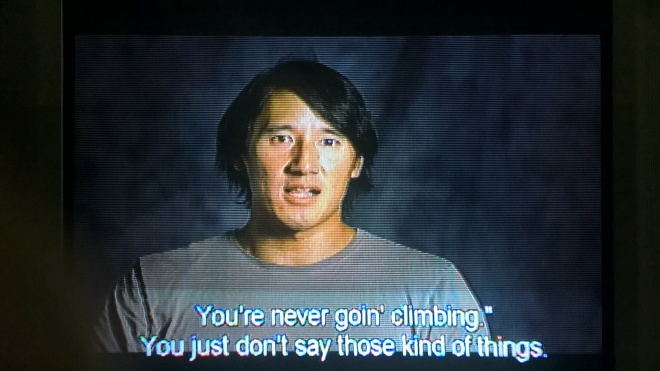 So none of them told Renan that he could not climb again. They asked him if he is still up to the third attempt of Meru in five months’ time and he still wanted to.

Renan then did the second most remarkable thing in the movie: He started walking again in the hospital ward, did physio, gradually went back to training, more training. In five months’ time, this man is lugging his backpack, and ready to go for their final attempt of the shark fin ascent.

So did they manage to make it in the end? I leave the ending out of this post, because you just have to see it yourself. There was also a moment that made me feel a lump in my throat at the end.

After watching the movie. I only had one question: How?

How is it possible for they could trust a man who has his neck almost snapped, and has a blockage in a major artery to continue the expedition with them? In such major expeditions, where every additional hour spent in the same spot, additional kilograms could permanently add to your burden. It is a matter of life and death. Having a person who is unfit for the trip may spell disaster for all of them. But how did they ever develop such an unworldly trust for Renan that they allow this?

My second ‘How?’ was in response to Renan.

What would you do if your skull was cracked, and you cannot even turn your neck? What if you run the risk of having a stroke every minute because of the blocked artery? Would you just sit down and tell the world that this is the end of it, and you will live a mediocre life because this is fated? Or would you tell yourself to tough it out, and see if you stand another chance to live your life to the fullest?

I guess my second ‘How?’ has answered my first ‘How?’. Renan himself is the kind of person that has a good judgement of what he can do, and when he said yes, will do his very best to ensure that he honoured his promise. That is the very reason why Conrad and Jimmy has trusted him with their lives.

Just like Meru, life will always present us with challenges and difficulties, that despite us trying our very best, will continue to hit us in the face. Life will continue to be tough on us, especially if you wanted something extraordinary. Before focusing on the problems, first you must believe that it can be done. It will be done. And that is how things are done, no matter how hard.

I have been going through recovery and remission more than a year since my diagnosis. When it first started, my legs were so swollen I could not walk properly, and my joints felt like they have been run over by a lorry. I did not dare to dream that I could be able to climb and lift weights again. I started to believe that it is possible after watching Meru.   Admittedly I had to take things much slower, but for most of the time my lupus was fairly reasonable. I was able to go back to climbing, I did not need to quit my job, and most of the time I just had to listen to what my lupus has to say.

I will always remember the story of the three men overcoming major setbacks and coming out of the other side shinny. I reminded myself that miracles did not exist when the three of them stood on the tip of the fin, it existed when Renan made the decision that he was not going to give up, and he went all-out. When he started training rigorously, his mind is telling him that his body that he will stand up again. He will be on the tip of the shark fin one day, and that day is happening soon. That is what we need in our lives today. We need to believe that it can be done, and put in all our efforts, no matter the ending. Afterall, how bad could it be if we failed? Surely it will not be as bad as having a stroke on 6310m altitude with no phone signal?

The journey with my friend - Lupus, 500 days and counting after I was diagnosed. I like writing, climbing, reading just about anything, watching inspirational movies and movies with a twist, and striving to reach financial independence as soon as possible. View all posts by Li

2 thoughts on “Meru – How far are you willing to go for your dreams?”