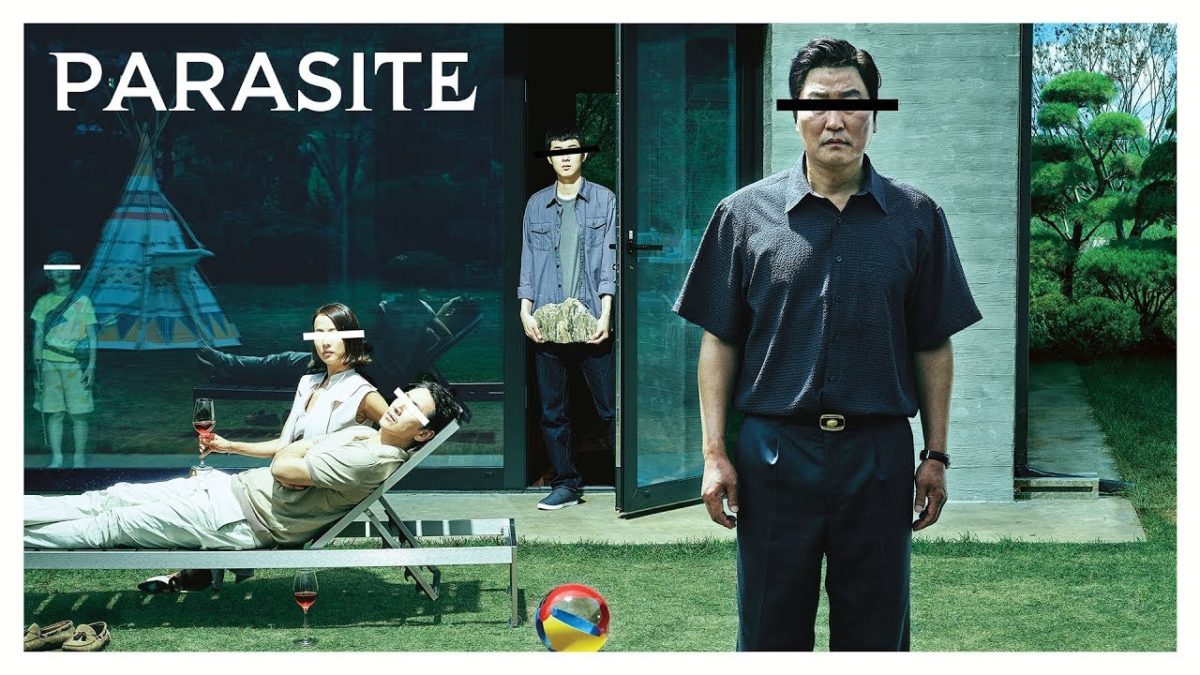 I heard about this movie from a few close friends but did not get around to watching it. When a friend who continuously shared posts about hating the rich said the reason was because of Parasite, I decided to watch it in the cinema.

Parasite successfully covered many elements of humanity and it has successfully done it in a comprehensible manner. The clear theme of this drama thriller is the inequality between the rich and the poor.

Whilst the movie started as a humour-drama set-up, I was surprised by the cinematic effects that this movie was able to capture. A few of the eye-catching scenes includes:

Well unfortunately that is all I could say for a non-spoiler review. I have to refer to parts of the plot to elaborate on my thoughts on the movie.

SPOILER – DON’T PROCEED IF YOU HAVE NOT WATCHED IT

At first I thought that the “parasite” that the movie title suggested was referring to the con-men family. Later I realised that the actual parasite was the housekeeper’s husband who was stealing food and using utilities in the rich man’s mansion. The con men family was at least doing work for the family, whether or not they obtained their jobs via legitimate means. A friend said that the rich man’s family could also be seen as a form of parasite, leeching off the poor, a parasite in the society. The rich man could be selling junk to the society, and those without financial literacy bought into the promotion and advertisements and spent their money to make the rich man the big shot he was then. But could society solely blame the rich man for selling his stuff to the mass? He did not force the mass to buy them. The rich man has many faults but making himself prosperous by selling products that the mass needed was hardly one of them.

The “subway smell” has been the metaphor for poverty throughout the movie. It started when the rich man sniffed a certain insufferable smell on the dad. Then the rich man’s son also smelled the same smell on the dad, the mother and the daughter. That was when the family discussed if they should wash their clothes with different detergents. Then they realised that it was not about the detergent, rather the small basement flat that they lived in emits this stuffy smell that could not be eliminated unless they moved to another place. The rich man and his wife discussed about the dad, and concluded that he was fine, almost close to bypassing employer-employee territory, but not yet. However his “subway smell” is going to cross territory soon. The dad was hiding under the coffee table when he heard their comments, and there was slight twitch in his facial expression. The subject of the smell re-appeared for the third time when the dad was ferrying the rich man’s wife to shopping. The rich man’s wife was not as subtle as her husband. She opened the window and pinched her nose. The dad has already became sensitive over the topic of smell, and he of course notices this. The last time the smell topic surfaced was the time when the rich man lost his life. He pinched his nose and gave the dad a look when he retrieved the car keys beneath the mad man’s body. In my opinion, that pinching hardly has anything to do with the “subway stench” that the dad was so sensitive about, since the situation was so chaotic, and no-one would be able to detect a wisp of stuffy smell. However the dad took that after everything the rich man was still despising his poverty, so he plunged the knife into the rich man in a rage.

The coldest thing that I heard throughout the movie was when the rich man’s wife told the dad that “the rain last night was a good one”. The con-man’s family lost their home during the heavy rain the prior night. The dad was forced to chauffeur the lady to shopping instead of restoring his home because of the overtime fees offered by the rich man. The flood was of no concern to the rich because they are well protected from the elements. This scene could be seen as the rich’s apathy’s towards the poor’s suffering.

When the con-man’s family gotten jobs from the rich man’s family, they became smug and their attitudes towards the pissing drunk in front of their flat worsen. The son was seen bringing out his wealth rock and one could only wonder what he planned to do with the rock. Luckily the next scene only showed that he and the dad threw water at the drunk. This is an irony about people hating the rich. It is easier to hate the rich than to try to become them. They whine and complain about the rich stealing their opportunities and their lives. If you were that poor because the rich were stealing from you, shouldn’t you be busy working your ass off to not continue being poor instead of whining?

Another one of the biggest irony is during the scene when the son was kissing the rich man’s daughter before the garden party. The teenage girl was asking why the boyfriend was lost in thoughts when kissing her. Why, you say? Your boyfriend lost his home and there were two lurking time bombs in the basement! But then again, how would you know? Little would she know that her life was about to change dramatically.

When the mad man came to the front yard with a knife, all the guests scrambled for their lives, and the sister was stabbed with no obstruction. The rich man has been a gentleman throughout, until this very scene, when he sternly instructed the dad to hand over the car keys. It was very clear that during dire times the rich man considered his family’s life more precious than anyone else’s, including the dying art tutor’s life. He did not even helped to stop the mad man. He just ran away and only tended to his family when his daughter carried out the bleeding son on her shoulders. Could you blame him for being a coward in the presence of a maniac? Humans are selfish, and they will always care for their own family first, so I do not think this is a question of whether rich man is richer so his family’s life is worth more to save, or as a normal human being he was not heroic enough to risk his life saving people that he barely knew. Initially I wanted to come to a simple conclusion that the rich man deserved it because he treated his family and his lives above the poor family’s lives. However I asked this: who else does not? His biggest mistake is not screening through properly before bringing in this family who harbours hatred towards the rich, and he was not discreet enough to not speak nor show his disgust towards the “smell” on the dad.

The dad used to tell his son that it is fine to not have a plan because life never follows the plan. If you never had a plan in the first place then there will be no failure since there is nothing to benchmark against. He does not have a plan, however his son did harbour a plan. Ironically it was this very plan that caused the demise of the family. The dad did not have a plan, and yet in the end he murdered a person. His son had a plan and the plan destroyed the family. So what does this mean? Should there be a plan or not? Could it be just because one is poor, whether they have a plan or not their lives would be screwed? Maybe the whole family would be saved if the father had a plan instead of letting his son execute his own undisclosed plan?

The ending was the epitome of a major twist. The letter was never sent out and could never be sent out. The dad was still able to communicate via morse code, it was his family who are in grief because they could not let him know that they received his message. This brings me to the last point, which I find that both the maniac and the dad to be dregs of the society, since they hid away and avoid responsibilities when misfortune happened. They brought great pain to their families. It was also the dad’s man slaughtering of the rich man that caused the collapse of the whole family.

Overall this is a great movie, and one that gives a great deal for one to think. What do you think?

The journey with my friend - Lupus, 500 days and counting after I was diagnosed. I like writing, climbing, reading just about anything, watching inspirational movies and movies with a twist, and striving to reach financial independence as soon as possible. View all posts by Li