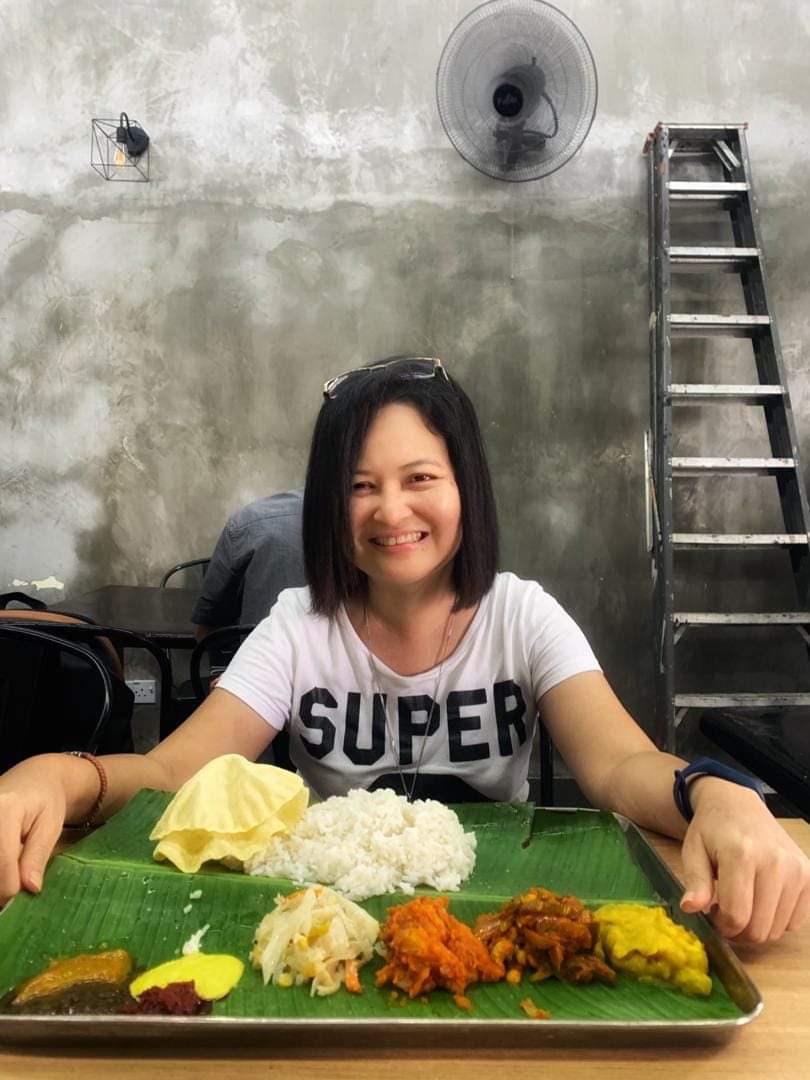 I met Darleen during a counselling training session. It was the first session where everyone shared their lupus life stories, on how they were first diagnosed with lupus, fought hard to regain their pre-lupus life, and be able to volunteer counselling help to new patients. Darleen is witty, direct and straight to the point. She is a strong and courageous woman, despite her petite size and demure appearance.

In 2000, Darleen had very high fever, swollen ankles and feet, as a result, she could not walk and she did not know why. She was taken to the hospital and was diagnosed as having Sjogren’s syndrome. Back then, it was all new to the doctor. They only gave her medication to relieve the pain she was suffering. Sjogren’s syndrome, like SLE, is an autoimmune disease. This means that your immune system attacks parts of your own body by mistake. In Sjogren’s syndrome, it attacks the joints, and glands that make tears and saliva. This caused her a dry mouth and dry eyes.

In 2008, one year after Darleen was married, she had a miscarriage. Since she had difficulty conceiving, and both she and her husband wanted kids, they went for a medical check-up. She was diagnosed with Anemia and Thalassemia too. This diagnosis and miscarriage brought much stress to her and resulted in SLE attacking her body again. In Darleen’s case, it attacked her joints. Her joint pains were so severe that she had to use crutches.

In 2013, after she came back from a road trip with her husband, he noticed that something was unusual about Darleen’s demeanour. She was taking longer to open the house grill, and the right side of her face was already drooping. She was sent to the hospital, and her blood pressure was so high that she was immediately admitted. She was diagnosed with a massive stroke, with a huge blood blotch in her left brain. Doctor said it was a miracle that she survived. But she didn’t know then and only heard about these details six months after her stroke stabilized as her husband was concerned about her mental well-being that he did not dare tell her the truth. She was diagnosed with Systemic lupus Erythematosus (SLE), SLE is an autoimmune disease where the immune system attacked the organs of a patients’ body instead of intruders. She was then discharged within a week.

Yet within a few days after her discharge, her family realized that the position that she was sleeping was unnatural, fearing that the stroke relapsed, they took her to the hospital again. Darleen was once again, diagnosed with a second stroke, which affected her right brain. The hospital discovered that the blood thinner prescribed to her did not work, and her prescription was changed from Aspirin to a much stronger Warfarin until this very day.

The double stroke has cost Darleen a six months downtime. After the stroke, she had severe difficulty standing, walking, gripping items and there was weakness in her whole body. She had speech impairment, resulting in her words coming out in slurs. Her husband was her strongest support in her journey to recovery. And with the support from her family too, her recovery was tremendously fast. Her husband made sure that she did her daily physio and facial recovery exercises, and even requested that Darleen’s niece help out when he was not around by letting her held onto her while she walked the staircase every day. She recovered in six months’ time.

Darleen went back to work two weeks after she was discharged, despite the temporary damage that the stroke has brought to her, and she considered this one of the gravest mistake in her career. Soon she was making so much mistakes that her employer started saying demeaning words and giving her tasks that she could no longer accomplish. She was overwhelmed by stress, and the SLE started the attacks again. She could not concentrate, and she made even more mistakes. She had another miscarriage in 2014, and she decided to quit her job.

It was a really tough time for Darleen’s household, as her husband tried his best to make ends meet and nurse her back to health all over again as she lost all her self esteem and confidence. They were living on their savings. After another 6 months, Darleen decided to take up a customer service job but it lasted her only nine months.

In June 2015, Darleen’s husband fell sick and was hospitalized. She quitted her job and took care of him for approximately 1-2 months. Unfortunately he was diagnosed with cancer Stage IV. He went through a biopsy, chemotherapy and radiotherapy, and he did not became better. After 2 month, he passed away.

This time, Darleen’s whole world came crashing down with her husband’s untimely departure. She went into a deep depression, and did not work for two years. After some time, she figured that she could not stay in the pit forever, she started to go for camps, help with church work, doing numerous social work to keep herself busy. It was her strong will and her faith in her religion that helped her through these trying times. She owes it to her family and friends for the encouragement and ‘pushes’ she needed.
Now she is ready to help other new patients again. She believes that one should never give up, despite the punches that life throws to anyone. She has the following advice for fellow lupus patients:

I have nothing but admiration for Darleen and how she handled life’s adversities. The most touching thing was that despite all life’s lemons, she still decided to lend out a helping hand to patients. This really makes one think twice when they have a complaint to make about life.

With Darleen’s positive attitude in life and high spirits, I believe that she will go a long way. I hope that her lupus will treat her well, and I wish the very best for her and lupus patients all alike!