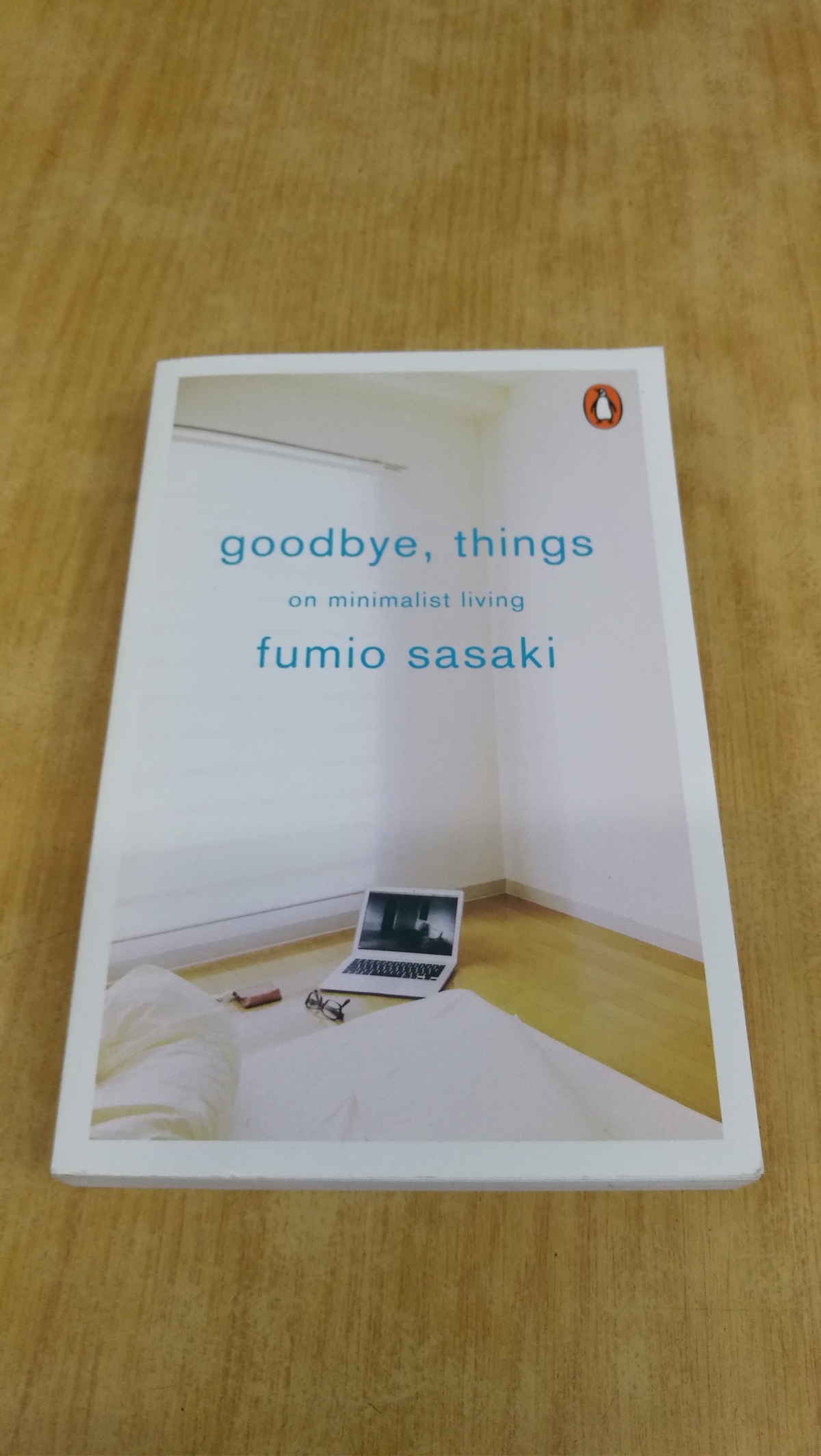 Last book for 2018! I have a mixed feeling for this one. When I first read it, I felt that perhaps this is the solution to a lot of issues.

Minimalism is basically the idealism of not depending on things (either possessions or fame etc) to prove who you are. Living for the “Now”, rather than overly worrying over the future, trying to work hard for the happiness that you might feel at the end of the marathon. Focusing on experiences that produce happiness that is more long lasting than what materials can give.

The book tells you maybe you already have enough, and you don’t need to work so hard to try to earn more money to buy things that you don’t need so that you can impress people you can’t care less. (Yeah Fight club is a reference in the book)

The author only owns a futon bed, 3-4 shirts and trousers, some cookware, a small hand towel, a pair of glasses, an iPhone, a laptop and a wallet. He has disposed of all of his books, CDs, home theatre system, artsy decorations, sophisticated camera and lenses, furniture, TV and excess clothes. When he first bought these items, he did not realise that the subconscious purpose was  to prove to people around him what kind of person he wants to be. He bought those books, CDs, furniture, camera, musical instruments because he wants to be seen as a person who has good sense of art, well-read, good taste in music, a movie connoisseur, a cool guy who plays the guitar etc.  But as these items pile up, he realised that these items only reminded him of all the things that he wanted to be, but could not be. These material items recorded his failure. Hence he sought outlet from lazing around in his apartment, indulging in alcohol etc. He was living a fake life. He kept comparing himself with other people. He was not happy.

Thus, after he got rid of all those items, he was able to become a person who focuses on living in the present. He no longer care about how people view him. He had the time and the courage to try out things that the old him would not dare to try. He also realised that he did not need so many things, which translates to much lower living costs. He just need 200sqf of space, and approx. 100,000 yen ($912) a month to live in one of the most expensive cities on earth – Tokyo. He said that since he only needed $912 a month, and he did not care about people’s views, he could take any jobs, and need not be tied to one job that he could not afford to lose because he needed the money. That is truly an inspirational and liberating view.

As for me, I never really cared about people’s view first place, so me getting rid of stuff had a different objective than Sasaki’s. It would be more about disposing of things that I have not used for a long time, but still have some emotional attachment that caused me not being able to get rid of. The 80% of clothes in my wardrobe that I do not even wear once in the past 1 year. I would be able to benefit from the additional space once these items are being disposed of.

Although books might prove to one of the toughest items to remove, but I am already open to this thought, as I can picture several books that I do not mind to donate to a public library.

Overall a very good read, and starts you on a journey of giving the items that you have a serious thought, and stop buying too many things that not only is a hazard to yourself, and even more so for our mother earth.