Recently I have been listening to this Japanese CD from the early 2000s: 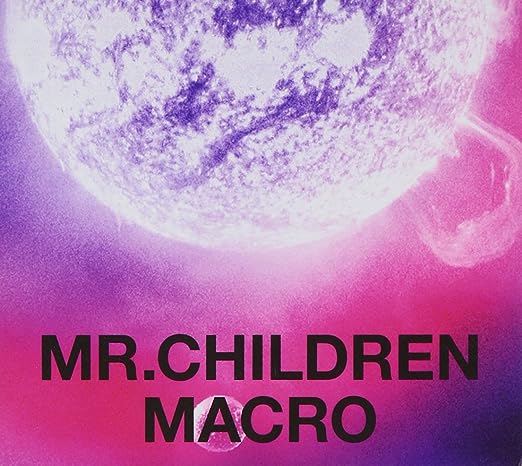 I bought it from a used CD store when I was in Japan last year.

The song that made me notice Mr Children was Kurumi . Back then I was guessing that the song was written to someone called Kurumi, as this word is being mentioned several times during the song. In my early 20s I felt that it was cute that a couple of old guys decided that they wanted to resurrect their band and play again in the pursue of an old dream. In my late 20s when I watched the video again, it hit me like lightning bolt and I started to understand what the song was about.

When life started, everyone is always full of enthusiasm towards life, because life is a journey of excitement and endless possibilities.

After people have taken serious beatings from life, many backed up and let life run its course. People start to bury their dreams and convince themselves that they have different priorities, those dreams were not what they really wanted, and that they have to be realistic etc. This is how dreams die and are left in the pits forever. The old guys in the video decided to break free from their current lives and risk it to see if anything would change. “What will happen next?” (どんな事が起こるんだろう？) Have we ever paused our lives and ask if there could be a different ending if we tried another way, or if we tried something else?

Ok so back to the used CD that I listened to. I was curious with Track 10 –  花の匂い (The flower’s scent) because I could only understand a few words in the song, such as hana (flower), kotoba (words), shiji-tai (believe), sayonara (goodbye), kokoro (heart), arigatou (thank you), shiawase (happiness). It’s funny how sometimes when you understand only few words of the song, and you start to imagine what the rest of the song wanted to say.

The song had a melancholic tune, and it felt like the singer had tremendous regrets and something is lost forever. I loved the drum rolls that built up anticipation only to arrive at the bridge to realise that ‘no, that is the end of it, the best has just passed’. The song is a effective goodbye song because it forced the listener to move on after soaking in a pool of melancholy. This is what I thought before looking at the lyrics.

So is that what did the song intend to express? I have found the translated lyrics in this site. So the song was trying to depict a certain tragedy (someone dear passed away and they will see them in another universe? a beautiful relationship that ended in breakup because of unfortunate reasons?) and the tragedy was irreversible. So I was correct after all. It is indeed magical that music transcends the language barrier and gives us so much emotional connection and depth in a mere four minutes.

One good thing about the album was it brings the listener through all emotions instead of just despair. If you are too depressed from Track 10 or Track 1 – World ends, then listen to the rest of the album. Most of the songs are pretty uplifting, although there will be a tinge of sadness in each of them. Mr Children, is after all, a band that plays exceptionally well in melancholy songs. I was able to take comfort and be inspired by their songs, especially during the times when lupus hit me the hardest.